One of the ways in which RMHC raises money to help keep families with their injured or sick children is through the Bank of America Chicago Marathon. Team RMHC raised $1.587 million via the 2019 event, and has set a fundraising goal of $1.6 million for the 2020 event, which takes place on October 11. As of March 12, race participants had combined to raise more than $212,000, or 13 percent of its total goal. Two fundraising teams had raised more than $10,000.

Those who raise at least $1,750 for RMHC receive guaranteed entry into the Bank of America Chicago Marathon, in addition to a Nike Team RMHC running shirt, marathon training programs, and access to the Team RMHC Hospitality Tent on the day of the race. This includes private gear check, snacks before and after the race, and massage tables.

For more information or to register for the marathon as part of Team RMHC, visit http://support.rmhc.org/site/TR?fr_id=1450&pg=entry.

The recipient of a juris doctor from the Boston University School of Law, Marc Rovner is an East Rockaway, New York-based attorney who has served as the director of business development at BETA Abstract, LLC, since 1998. A passionate hockey fan, attorney Marc Rovner enjoys following his alma mater’s team, the BU Terriers.

The BU Terriers have had mixed results over the past three seasons. The team posted its first season in five years with a sub-500 winning percent in 2018-19 but had impressive winning percentages of .600 and .654 in the preceding two years. Here are the team’s leading scorers in each of  those three seasons:

1. Joel Farabee (2018-19) – A native of Syracuse, New York, Farabee scored 17 goals and added 19 assists in his freshman season at BU to lead the team in scoring. He left the school after one season and is now playing for the Philadelphia Flyers in the National Hockey League (NHL).

2. Robert Carpenter (2017-18) – He scored a career-best 20 goals in the 2017-18 season and led BU in scoring with 35 points. Carpenter registered 19 points the following season and subsequently signed with the NHL’s New York Islanders.

Marc Rovner, general counsel at BETA Abstract and a resident of East Rockaway, New York, is the recipient of the Silver Client Champion Award from Martindale-Hubbell and Lawyers.com. The award recognizes attorneys, such as Marc Rovner, who reach the highest standards of client satisfaction. Factors for the award include positive reviews from clients.

Most people want a point of reference when they make any kind of purchasing decision. Increasingly, that means turning to online reviews.

According to data from Reviewtrackers.com, around 83 percent of people start their search for an attorney by checking online reviews. Approximately 70 percent are willing to travel to a less convenient location in the interest of meeting an attorney with better reviews. That makes online reviews good predictors of whether a client will choose a specific legal professional.

Therefore, it is in the interest of all legal practitioners to incentivize clients to leave honest reviews about their services. Giveaways for reviewers and direct links to a review site in emails are two ways to get more clients to leave reviews.

CRC was founded in 1985 to protect the best interests of children and ensure they have fair access to both parents regardless of marital status. It accomplishes this goal via advocacy and its three Maryland-based access centers, where parents can facilitate the peaceful transfer of custody and conduct supervised visitation meetings if necessary. These access centers are known as Safe Haven Centers, and are operated in partnership with the Prince George’s County Circuit Court.

Supervised visits as long as four hours are offered at Safe Haven Centers every Saturday, and times are generally determined by judges. All parents visiting their children at these centers must review and follow the rules and guidelines, the most important of which is that no child shall be left alone. Moreover, parents and others approved by the courts are the only ones permitted at Safe Haven Centers.

The holder of a juris doctor from Boston University School of Law and based in East Rockaway, Marc Rovner draws upon three decades of legal experience in his role as a senior staff attorney and director of business development at BETA Abstract, LLC. A lifelong New York Rangers fan, East Rockaway lawyer Marc Rovner has been to every home playoff game of the National Hockey League (NHL) team since 1978.

The Rangers have been in existence since the 1926-27 NHL season, and seven different goaltenders have won at least 100 games with the team. Below are the three goaltenders with the most wins in franchise history:

1. Henrik Lundqvist – A 37-year-old native of Sweden, Lundqvist is still building upon his lead in this category. In his 15th season with the team, Lundqvist had 450 career regular season wins as of October 24, 2019. This ranked sixth all-time among all NHL goalies.

2. Mike Richter – Selected by the Rangers in the second round of the 1985 NHL Entry Draft, Richter spent his entire 14-year career with the Rangers and won a Stanley Cup with the team in 1994. He retired in 2003 with 301 wins to go along with a goals against average of 2.89 and a save percentage of .904.

3. Ed Giacomin – Inducted into the Hockey Hall of Fame in 1987, Giacomin played for the Rangers from 1965 to 1976, during which time he won 267 games and played in five All-Star Games. He also won the Vezina Trophy as the league’s top goaltender in the 1970-71 season.

A resident of East Rockaway, New York, Marc Rovner is an experienced, award-winning attorney who has served as director of business development at BETA Abstract, LLC, since 1998. Apart from his professional pursuits, East Rockaway attorney Marc Rovner is a passionate sports fan who considers the New York Mets as his favorite Major League Baseball (MLB) team.

Although the Mets failed to make the MLB playoffs, one of its players, Pete Alonso, had a record-breaking season. The 24-year-old rookie wasn’t even assured a roster spot entering spring training but, on the second-to-last day of the year, established a new MLB rookie record with his 53rd home run of the season. The previous record was held by Yankees’ outfielder Aaron Judge who, upon hearing the news, offered to take Alonso out to dinner.

An alumnus of the University of Florida, Alonso was selected by the Mets in the second round of the 2016 MLB Amateur Draft. In addition to breaking the rookie home run record, he led the entire MLB in home runs this season and was named an All-Star. Through 161 games, Alonso also registered 30 doubles, two triples, and 120 RBI to go along with a .260 batting average and .941 OPS (on-base plus slugging).

Based in East Rockaway, New York, Marc Rovner is an established attorney who holds real estate and corporate law responsibilities with BETA Abstract, LLC, a title insurance company. An avid sports fan who maintains a presence in East Rockaway and beyond, Marc Rovner has attended New York Rangers hockey games as a season ticket holder for many years, since 1970!

A recent USA Today article written at the beginning of the Rangers training camp explored the rebuilding Rangers’ goals and chances of making the postseason, following a two-year absence from the playoffs. With coach David Quinn, a classmate of East Rockaway Attorney Marc Rovner at Boston University where Marc Rovner graduated Magna Cum Lauderdale as an undergraduate in 1985 and also attended the Boston University School Of Law Class of1988, now entering his second year with the team, he describes summer moves such as adding defenseman Jacob Trouba and forwards Kaapo Kakko and Artemi Panarin as part of a process of bringing in talent that began more than a year ago.

Last year the Rangers experienced a season of fluctuating success, the team winding up with a 32-36-14 record in the Metropolitan Division. This included only five victories in the critical last 21 games of the season, which placed them well outside of wild card contention in the Eastern Conference.

Beyond the departure of veterans and entry of new talent, one advantage the Rangers have going forward is that most of the players are now familiar with how coach Quinn’s system works, and will be better prepared to meet the mental and physical demands that he asks of them on the ice. 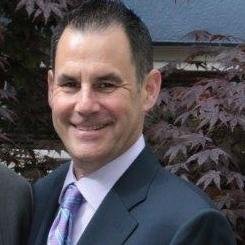